About the Speaker: Professor Xu Zhenye

For the past 36 years, Professor Xu Zhenye has committed himself to the clinical practice and research in both Western and Chinese Medicine, thus accumulating a wealth of clinical experience and numerous academic attainments. He advocated the TCM yi qi yang jing detoxification method, the TCM treatment of non-small cell lung cancer in stages, developed fei yan ning granules, his research study involved 400 cases of late-stage lung cancer, the median survival period and long-term survival rate is leading nationwide and attained advanced level internationally. There is in-depth and multi-target research at the cellular, molecular level as well as the immune mechanism.

Professor Xu favored the use of TCM yi qi yang jing bu shen shen sui fa to prevent the bone marrow suppression during chemotherapy, developed shuang huang shen bai. His research study involved more than 500 cases of clinical cases, substantiating that the granules have the function of preventing mid to severe bone marrow suppression during chemotherapy, a first in the TCM Oncology arena. Through systematic laboratory research, it was discovered that shuang huang shen bai granules not only had a stimulating effect on the bone marrow for blood production, but it can also suppress the growth of cancerous cells. He won the 25th Shanghai Outstanding Invention Technological Innovation Award in 2013, with the granules successfully transferred to enterprises for production and distribution.

Professor Xu specialises in using integrative medicine, mainly through the use of Chinese Medicine, for the treatment and management of most types of Cancer and the complications arising from cancer treatment.

1. Clinical Experience and Research Findings in TCM for the management of Lung Cancer

2. Clinical Experience and Research Findings in TCM for the management of Breast Cancer

3. Clinical Experience and Research Findings in TCM for the management of Colon Cancer 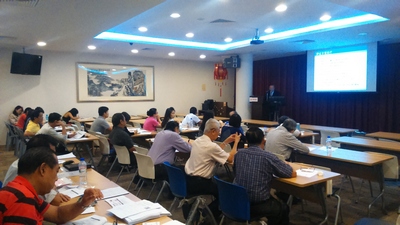 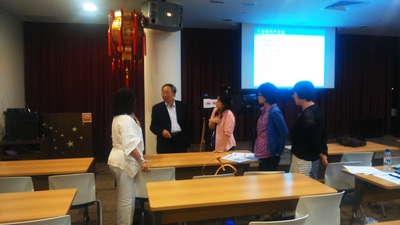